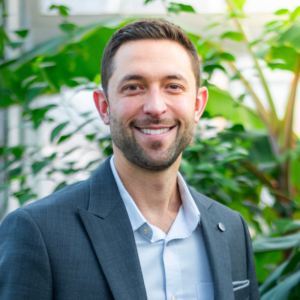 Carlos has been a veteran Realtor in Ottawa for 11 years and has built his business on hard work, dedication to his clients, and you’re likely not even going to read this far because these things are always so damn boring. Oh, really? You’re still reading? Ok here goes…

From a very early age, Carlos has been obsessed with real estate. In 1978 he was calculating the price per square foot in utero. With record interest rates looming and his attempt to sign a long term lease denied, he was brought into this world with two objectives. Do fun shit, and sell houses.

In kindergarten he was known as the go-to guy for prime cubby location.

In grade 2 his growing network of short-term couch fort rentals was shuttered due to fire code violations.

In grade 3, after 10 consecutive hours, he successfully programmed his first investment property calculator on his mother’s Commodore 64 Datassette. It was overwritten shortly thereafter by her “Super Synth” program.

Grade 7. Monopoly. He didn’t care what street you lived on, and he always sold his houses in multiple offers.

In high school he only attended parties to check out his classmates’ chattels and fixtures.

He tried living in Vancouver for a few years, but it had neither enough snow, nor PSAC workers for his liking.

In 2007 he returned to Ottawa, obtained his real estate license, and has never looked back. Except to look AT the backyard. He does love a good backyard.

Is any of this true? Does it matter?  Does anybody even read the “About Me” sections anymore? If you’re still here, email me with my safe word (“Pineapple” obvs) and your address and I’ll send you a surprise in the snail mail. Now back to the good stuff.

Carlos has been married to his wife Julie for 11 years and is the father to twins Callum and Avery. He looks forward to working with you to make your real estate dreams a reality!

Get In Touch With Carlos Fernando